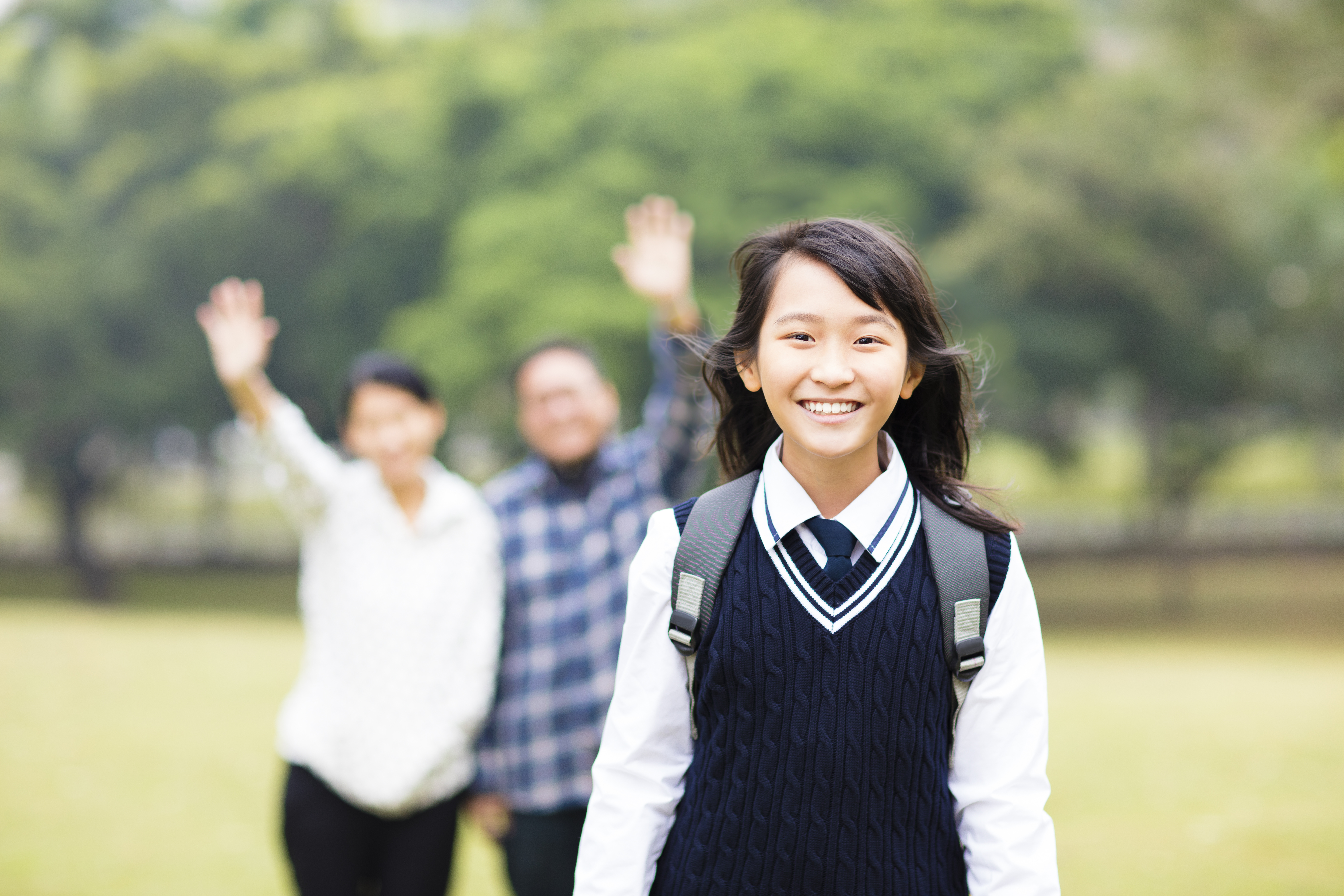 Week after week, email after email, and conversation after conversation, I get asked the same thing by people: What is the most common problem that I help Modern Parents with today?

Hands down, Modern Parents want to know how they can get their kids to do something.

How can they get their kids to listen to them?

How can they get their kids to not be so anxious?

How can they get their kids to get better grades?

How can they get their kids to be more social?

The list of what parents want to change, or improve, about their kids is endless, but the answer is always the same – there are no magic words or techniques that will give their kids the necessary motivation to change overnight. The reality is that inspiring change in our kids is a long process that involves a lot of work by the parent.

The good news is, however, that science has found the 3 necessary ingredients that all kids need in order to develop the all-important “motivation muscle”: autonomy, mastery, and relatedness.

Today’s article will provide you with the basics of including these elements into your Modern Family so that your child will develop the necessary motivation skills needed to become a happy and successful young adult.

A year or so ago, I had a new parent that I was working with tell me about a challenge that she was having with her teenage daughter. The problem was that her daughter would always want to spend the night at her neighbor friend’s house instead of at home. The mother took offense at this, because she felt the child should WANT to spend time with her own family, so every day when the daughter would ask to sleep at the neighbor’s house, a huge argument between mother and daughter would ensue.

The mother asked me how to get her child to stop asking to stay at the neighbor’s house and spend time with the family at home. My answer was to give her child the autonomy to make the choice herself.

“That’s crazy Dr. B,” she said. “If I let my daughter do whatever she wants, she’ll never come home.”

“I didn’t say to let her do whatever she wants. I said give her the autonomy to choose to sleep at the neighbor’s house or to sleep at home, but if she chooses to sleep at the neighbor’s house, then she also chooses to do so responsibly. For example, in order to go to the neighbor’s house, perhaps a set of responsible behaviors would be that she needs to show you that her homework and chores are done before going over there and that she needs to be following all household rules such as not getting into fights with her siblings. Also, you will be talking to the friend’s mom to make sure that her bedtime will be followed at her friend’s house.”

Immediately, this parent thought I was one of those modern, “anything goes” kind of therapists. She gave me reason after reason about why giving her daughter the autonomy in this situation wouldn’t work. I was convinced she would leave the session not taking my advice and coming back week after week complaining over and over again about this same situation.

But to my surprise, several months later, the mother opened our parent group session with a confession that she tried the advice that I gave her and it worked exactly as I said it would. She said that she got to a point where she was just tired of arguing with her daughter, so she thought there was nothing to lose. She gave her daughter the choice to go to her friend’s house or stay home, and magically her daughter didn’t seem to have any interest in going to her friend’s house any more.

As research psychologist Edward Deci found in his research on human motivation, both kids and adults need to have a feeling of ownership in their behavioral choices in order to make good decisions. His research showed that if kids felt like their decisions were made for them, they either rebelled or complied, but they complied in a way where they did horrible work and only the minimal amount of work required to get the job done.

Conversely, his research also showed that when kids were given the opportunity to make decisions within a clearly defined set of boundaries, they were happier, more creative, and learned more. Most Modern Parents make the mistake of thinking that giving kids clear boundaries negates the sense of autonomy when allowing the child or teenager to be in charge of their own behavioral decisions. On the contrary, it empowers them, because now they have all the information needed to make a good choice.

Will kids ALWAYS make the best decision when given autonomy? Of course not, so parents need to be consistent when following through on consequences when kids choose the wrong decision. This doesn’t mean they are bad kids – this simply means they are still learning the decision-making process.

Think about it. We WANT our kids to practice making decisions often and early. If we make all their decisions for them – even if we do this with the good intention of sparing our kids from stupid mistakes – then they will never learn the life skill of decision making. If they make a bad decision while still under our care, then we can teach them how to correct their mistake.

I’ve seen way too many college kids who are new at making decisions really mess up, and when this happens, the consequences are usually more serious than if they practiced making decisions when they were younger.

This week, try giving your child autonomy on some small decisions. Once they have mastered making good decisions with small situations, then move one to more important ones. You will love watching your child blossom right before your eyes. I promise.

Recently, I worked with a Mom and Dad who just had their child tested for ADHD. Their teen daughter had been home schooled for the past several years due to the fact that she developed anxiety while at school, and they felt homeschooling her would help alleviate her distress. Her grades had become so bad that she was in jeopardy of not progressing to the next grade, and the parents attributed her academic difficulty to ADHD.

However, testing showed that the child was bright, had zero learning disorders and showed no signs of attention problems or hyperactivity; thus, we could not diagnose her with ADHD. The parents, and especially the child, were crushed with the news.

“If it’s not ADHD, then why is our child not progressing,” they asked me. The mother wanted to know what MORE they could do for their child. Already, Mom sat with her teenager for hours each day reading the material to her (sitting alone made the child anxious and she would complain that she couldn’t concentrate enough to read and remember the material) and Dad would regularly go to the homeschool center to advocate for why his child needed more time to complete assignments and to argue for better grades,

Are you getting the picture yet?

Mom and Dad did everything for this child – she never developed a sense of mastery for any task, which made her anxious to do anything even remotely out of her comfort zone.

Unfortunately, I see this problem a lot in today’s families, but fortunately, there is a pretty easy solution.

Kids need to develop a sense of mastery over even the most mundane tasks. When kids are toddlers, they learn to master toilet training. Later they master such routine tasks such as picking up their toys, setting the table, taking care of a pet, dressing themselves, etc.

Little successes over time build up to bigger and more important successes. The toddler that masters setting the table grows up to be a teenager who believes that they can master studying for a test or trying out for the tennis team. If we take away the opportunity for our kids to learn how to become proficient at a task, then we rob them of the self-esteem needed to conquer adult life situations.

Psychologist Albert Bandura, who developed the Social Cognitive Theory, found that people who have developed a sense of mastery over many of life’s simple tasks tend to undertake tougher challenges, persevere with challenges onger, and are more resilient in the face of obstacles and failure. As you can see, developing a sense of mastery while the child is young is so important for their future success.

But what happens if a child or teenager lacks a sense of mastery? What if they are scared to try new things or give up on tough tasks too easily?

The answer is to start small and work your way up. Provide opportunities for the child to master easy tasks and then move up to tougher challenges. Let your child try a task and be prepared to let them fail, but when they do fail, don’t make a big deal out of it, Just teach them how to pick themselves up. This is sometimes very tough to do, but very necessary.

For more on teaching your child how to take smart risks that lead to mastery, read THIS ARTICLE.

The last element that is needed to encourage your child’s inner motivation muscle to grow is relatedness.

Simply put, relatedness is the feeling of being connected and accepted by the people who are important to them.

A lot of parents don’t put a lot of thought into the element of relatedness – they just assume that the parent-child bond is all they need to fulfill this element, but they are wrong, Encouraging the feeling of relatedness with the child means being autonomy-supportive.

An autonomy-supportive parent allows the child the freedom to make their own decisions – within the confines of safe boundaries – and this communicates to the child that:

As you can see, relatedness means more to the child than simply being related to a parent by birth or adoption – it also involves trust, confidence, belief, and understanding.

The take-home message about relatedness is that when kids feel safe to explore their world and experiment using their natural talents and abilities, then they are more likely to be motivated to initiate tasks on their own, persevere with tasks when the going gets tough, and perform these tasks above and beyond minimal effort.

Isn’t this what we ultimately want for our kids?

Parents CAN work with their kids over a period of time and teach them to be self-motivated to take ore ownership of their own lives.

This can be done through the three elements of autonomy, mastery, and relatedness: allowing the child the freedom and trust to make their own choices (within safe boundaries) that encourages the child to use their innate strengths and talents to build confidence that they can have a positive effect on the environment and people around them.

These three elements help our kids feel competent, brave, and valued. I encourage you to begin using these three elements in your parenting routine (if you are not already) and you will be amazed at how your child transforms right before your eyes!

How To Predict Your Child’s Future
How To Identify YOUR Family Priorities
What Do Modern Parents Fear The Most?
What To Do When Your Current Discipline Strategy Stops Working
Common Problems With Motivation In Kids AND Their Solutions

The 5 Steps To Getting Your Child’s Behavior Back on Track
[VIDEOBLOG] The #1 Reason That Keeps Parents From Being Consistent
How Smart Modern Parents Make The Holidays Special For Their Families
5 Immaterial Christmas Gifts That Instill Self-Esteem, Self-Reliance, and Competence
Reducing Your Child’s Anxiety The Smart Way: 4 Simple Steps That Really Work
Share This