Circling The Wagons: Shutting Out The Rest Of The World To Prioritize Your Family During A Crisis 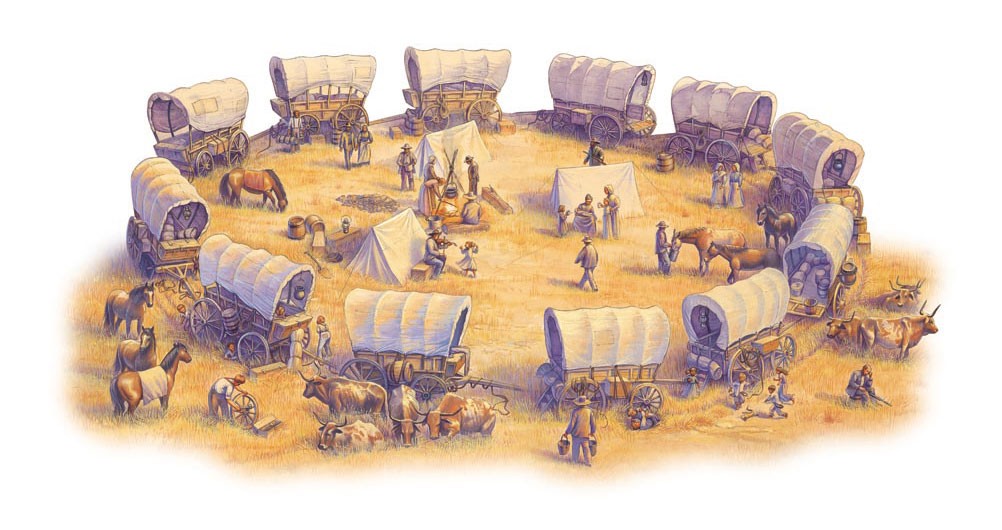 The idyom “Circling The Wagons” is a phrase that typically refers to bringing together a group of people in order to ward off an attack.

It is thought that this phrase first came into being during the 1800’s when the American settlers traveled long distances in covered wagons and, when encountering a danger, would position the covered wagons in a circle as a means of protecting their most valuable assets. In the middle of the circle were the women and children – the most vulnerable parts of the traveling body – in order to provide protection for them.

We still use this term today when describing times when we need to shut out dangers or stressors in order to protect what’s truly important to us. I recently needed to “circle the wagons” for my Modern Family when we encountered several stressors all at once – and by employing this tactic, I was able to better focus on our current situation in order to address it effectively in order to move on from it.

This summer, I felt under more stress than usual due to two important life events:

Both of these events brought about lots of stress for my family. Preparing for college was a huge emotional roller coaster for my son and I because of dorm issues (he was on a waiting list for a dorm, then he got a dorm assignment but we didn’t see the email and they gave the spot away, but then at the last minute they found a spot for him – UGH! The drama!!).

Applying for the new job was also very involved as I went through 2 interviews, a background check, a physical, and lots and lots of paperwork, but I started the new job a few weeks ago (Yay! You’re looking at the new Research and Planning Psychologist for my County).

During all this stress, I felt very overwhelmed and that I wasn’t being the parent that my kids needed me to be. Therefore, I felt like it was best to “circle the wagons” so that the important thing – my little family – would remain protected. By “circling the wagons” I shut out things that I felt were not as important as my family – negative relationships with other people, writing for this blog – but I was better able to handle the stressors while they occurred.

Science Tells Us That Circling The Wagons Works

The problem is, though, that science tells us that multitasking really isn’t as effective as we think it is. Researchers believe that multitasking is not very efficient because we are forced to do something called cognitive switching. This is when our brains gear up to working at full capacity on the current task, but then these mental gears are forced to grind to a halt and “switch gears” when directed by us to begin working on another task.

This cognitive interruption actually takes up valuable time and energy to switch between tasks – and this extra time and energy contributes to inefficient problem solving. Don’t believe me? Try this quick test created by the Potential Project, a group based out of Denmark investigating mindfulness.

Draw two horizontal lines on a piece of paper

How much time did it take to do the two tasks? Usually it’s about 20 seconds.

I’ll bet you your time is double or more what it was on the first round.

You also may have made some errors and you were probably frustrated since you had to “rethink” what the next letter would be and then the next number.

Focusing On The ONE THING 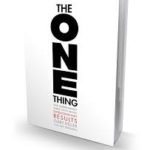 Gary Keller’s book, The One Thing

In Gary Keller’s book, The One Thing, he highlights the importance of concentrating on one important thing at a time. But it’s confusing to know which one thing to concentrate on when there are so many stressors and concerns competing for our time and attention, right? Gary Keller advises we ask ourselves the following question to prioritize our competing concerns:

What’s the ONE Thing you can do such that by doing it everything else will be easier or unnecessary?

The one thing technique is beneficial because:

How Does This Relate To Parenting?

To me, that’s the goal – to spend my time on tasks that contribute to making life more relaxed and enjoyable for my kids and me. I’ve grown tired of “spinning my wheels” on tasks that may seem important at the time, but really don’t do much to improve my little Modern Family’s life much. By focusing only on my family during our “summer of stress,” I believe that 4 important benefits came from it:

I believe that by asking myself “What’s the ONE thing I could do such that by doing it everything else will be easier or unnecessary,” I was able to turn my “summer of stress” into a successful summer of helping my son start college  and being present and successful in starting my new job. In the past.

I might have tried to do everything, but continued to be stressed out because nothing was working out as I had hoped.

The main point of this article is to help you feel ok about shutting out unnecessary “noise” from life during times of family stress. Society might tell us we can do it all, but that’s a lie.

Prioritizing life stressors and demands leads to a more efficient and successful problem-solving ability – which ultimately leads to a happier and more satisfying family life.

Find Interests
All You Need To Know About Willpower (And It’s Enemy, Resistance)
The 5 Steps To Getting Your Child’s Behavior Back on Track
Are You Going Through A “Happiness Slump” With Your Parenting?
My Family Doesn’t Do That – And That’s OK!

← The 5 Steps To Getting Your Child’s Behavior Back on Track When You should Pay Your Child For Completing Chores (And When You Shouldn’t), According to Psychological Research →

Considering Giving Your Child a Cell Phone This Christmas? Make Sure Your Child Has Met These Miles...
The ABCs Of Modern Parenting
How To Help Your Academically Struggling Child End The School Year on a Positive Note
How To Plan For Your Next Parenting Chapter
Why Being Good at a Hobby is So Important To Your Child’s Self-Esteem
Share This