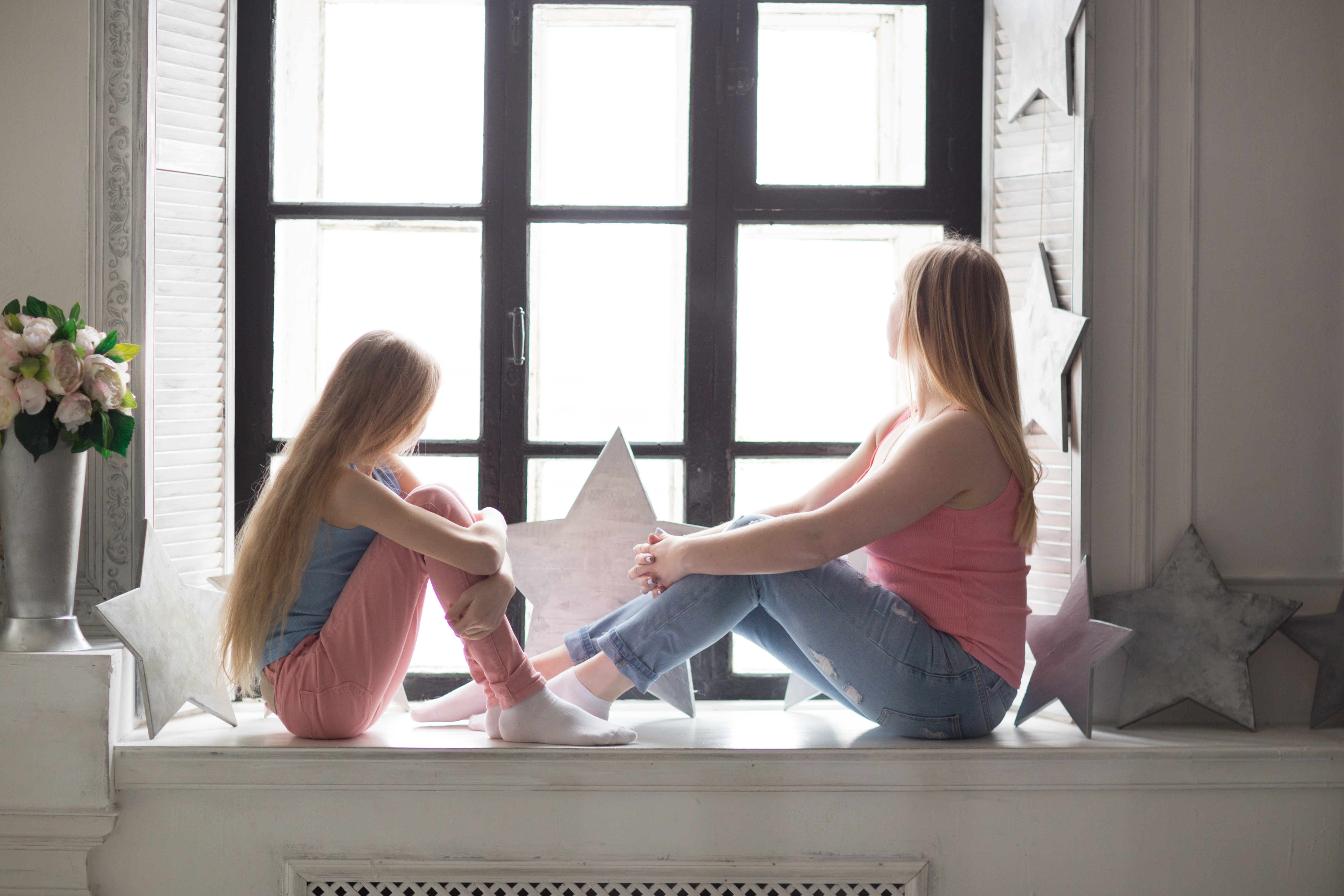 Psychological research has shown over and over that the positive bond between parent and child is the foundation for future success and happiness for the child. Without this important structure created during childhood, future mental health, happiness, and career success are all put in jeopardy.

Bam. That statement sure puts a lot of pressure on the Modern Parent.

If we don’t have a secure connection with our child, then research pretty much says that the consequences for our kids could mean anything from low self-esteem to problems with insecurity, anger, and depression.

As a Modern Parent myself, I feel so much pressure to have just the “right” relationship with my my son and daughter, but what exactly does that relationship look like?

It’s pretty common knowledge these days that psychologists believe that most parents fall into 3 different categories of parenting.

The Modern Parents that I work with understand the value of being an authoritative parent. They want to have a respectful relationship with their child that is characterized with warm, heart-to-heart discussions about important (and not so important) topics, while still maintaining family rules that make sense.

Even so, many Modern Parents are still feeling a disconnect with their child. They don’t have the positive, easy connection with their child that they’ve always wanted.What’s missing?

I would argue that not only do Modern Parents need to practice the good habits of the authoritative parent, but they also should encourage their child’s sense of autonomy in order to encourage a close, positive, and honest relationship with their child.

We want our kids to feel that they can share their thoughts with us, but in order to do that, they need to feel as though they can trust us.

So how can the Modern Parent build that trust? Keep reading on to find out how encouraging your child’s sense of autonomy not only helps your child in so many positive ways (such as increasing their self-motivation, creativity, and general happiness), but also serves to build a great parent-child relationship.


What Does it Mean to be Autonomy Supportive?

As I’ve said before, supporting your child’s autonomy doesn’t mean allowing them to do whatever they want, when they want, regardless of the consequences.

According to Edward Deci, a research psychologist who spent decades researching the ins and outs of self-motivation, autonomy is that magical element where people feel like they’re in control of their lives.

We WANT our kids to understand that ultimately THEY are in control of their lives – it’s up to them to make good (or bad) decisions. Mom and dad will not always be around to make their decisions for them, so practicing autonomous behavior while in the family home makes sense.

The Modern Parent’s job is to allow their child to make their own decisions regarding their behavior, and then to follow through with any appropriate rewards or consequences based upon the family’s individual rules and values.

That’s how autonomy works. Modern Parents communicate the family values and beliefs and set boundaries for their child’s behavior. The parent then allows the child to decide whether or not to follow these family rules (which they usually do), but when they decide not to adhere to the family boundaries, then the parent follows through with consequences that make sense.

This is exactly how the real world will be treating our kids, so this is great preparation for teaching our kids how to be successful young adults.Research also says that kids who feel autonomous (versus its opposite – feeling controlled) creates kids who are more creative, happy, and well-adjusted. Plus, as a child psychologist, I’ve seen first hand how encouraging autonomous behavior has helped eliminate behavioral problems and has allowed the kids that I work with to become more self-confident.

According to Edward Deci, being autonomy supportive is all about how we relate to others – our kids, people at work, friends and extended family members. As Edward Deci says in his book Why We Do What we Do, the first step to building a bond with anyone is by being willing to relate to them:

“As human beings, as active agents who are worthy of support, rather than as objects to be manipulated for our own gratification. That means taking their perspective and seeing the world from their point of view as we relate to them. Of course, autonomy support may require more work, but then, as socializing agents, that is our responsibility. For us to expect responsibility from others, we must accept our own responsibility as the agent of their socialization.”

When you are an autonomy supportive parent, your child learns that:

Qualities of an Autonomy Supportive Parent

So what are the qualities that an autonomy supportive parent should practice in order to build a positive relationship with their child?

I’m not telling parents that they aren’t allowed to have an opinion about their child’s life. What I am saying is that kids (especially teens) are more willing to listen to their parent’s instruction and opinion AS LONG AS THEY FEEL HEARD.

It’s so important to let your child get out what they want to say first, and acknowledge that it makes sense that they would think and feel that way. Once your child feels heard and understood, then go ahead and share your own wisdom.

Quality #2: Showing interest in their interests and hobbies

There are countless articles and studies out there telling Modern Parents to put down their cell phones and tablets and get involved with their kids – but really CONNECTING with our kids is a different story.

To really be autonomy supportive, parents need to be willing to engage with their child or teen at their level. This means that spending some time playing your child’s favorite video game, taking them to their favorite band’s concert, or learing all about their interest in anime shows them that you are interested in THEM – not in who you wish they were.

This communicates to your child that you trust them to figure out who they are, because the person they are about to become is awesome in your eyes.

Quality #3: Knowing the difference between being a friend and being a parent

Once you begin implementing quality #1 and #2 above, you will probably see your relationship with your child improve; however, smart Modern Parents know that there is a fine line between being your child’s friend and being their parent.

Being an autonomy supportive parent means allowing your child to feel free to voice their opinions and thoughts, and to make their own decisions, but you still need to make sure that the family rules are followed.

Never allow your child to use your close relationship to bend the rules. As Edward Deci reminds us in his book, “If there are no limits, no structure, no regulations to internalize, there will be no internalization…Permissiveness is easy, but autonomy support is hard work. It requires being clear, being consistent, setting limits in an understanding, empathic way.”

Remember…supporting your child’s autonomy means letting them practice their decision-making skills in the safety of the family environment. Setting and maintaining limits teach your child all about the real world, and that’s the point of parenting – setting our children up for a successful future in the adult world and maintaining a good relationship with them in the process.

This is why what we do at home as Modern Parents goes a long way in helping our kids develop a happy and successful future.

Find Interests
6 Ways To Know That You Are A Good Parent (And 6 Ways You Can Improve)
Rule #1: Do What Works For Your Family
The Top Modern Parenting Trends of 2019
The 5 Steps To Getting Your Child’s Behavior Back on Track

← Why Being Good at a Hobby is So Important To Your Child’s Self-Esteem UnSelfie: The Why Empathetic Kids Succeed in Our All-About-Me World →

How To Identify YOUR Family Priorities
How To Have Difficult Conversations With Your Teen So That You Get Your Point Across And Create a Cl...
The #1 Reason Why Today’s Tweens and Teens Make Such Horrible Decisions
How To Make Family New Year's Resolutions
Why Teaching Your Child To Take Smart Risks When They Are Young Turns Them Into Successful Adults Wh...
Share This