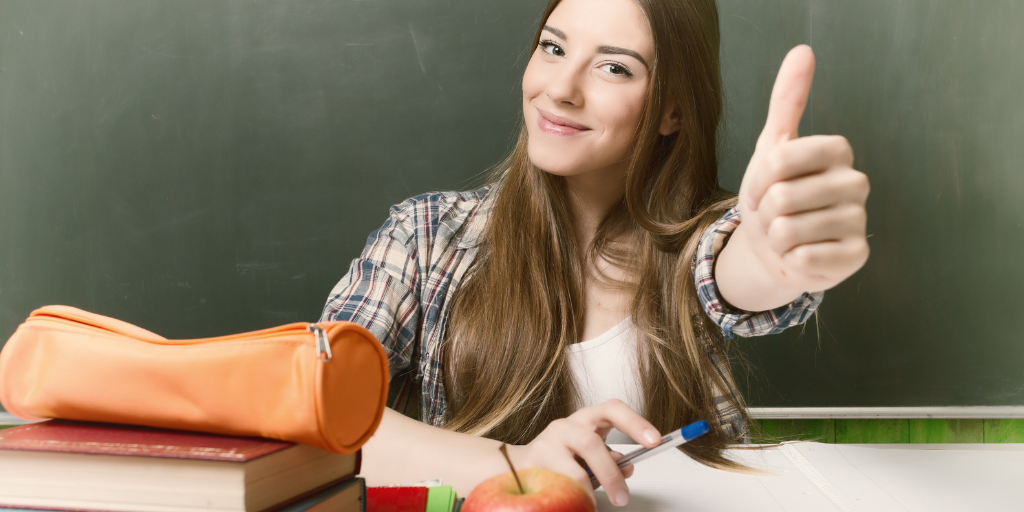 One time, a parent in my parenting group shared that their teenage daughter suffered from very low self-esteem.

It seems that she was extremely hesitant to take on any task – whether it be a school-related assignment or something at home. As an example, the parent shared with us that her daughter, (we’ll call her Stacey), was supposed to participate with several of her peers in a school presentation for history class. Stacey’s role in this project, in addition to presenting the project in front of the class with her peers, was to create a music playlist that was supposed to play in the background during the presentation.

Even though Stacey had 2 weeks to create the playlist, she never completed the task. On the day the presentation was due, the group was able to pull off a passing score for the assignment, but Stacey’s peers were very upset with her that she didn’t have the playlist created like the group wanted. One of Stacey’s peers was so upset with her that she stopped talking to Stacey altogether.

What’s worse was that the reason Stacey struggled with making the playlist in the first place was because she didn’t trust herself to make a good product for her group, and was afraid of disappointing her peers. The fact that she ultimately did fail her part of the group project confirmed her worst fear – that she just wasn’t good enough.

After telling this story in the parent group, this parent asked for advice on how to help Stacy overcome her self-esteem issue. Some of the parents in the group gave recommendations on specific strategies that Stacy’s mom could use to better micromanage Stacey the next time she had a school project. They thought that Stacey just needed better structure. Other parents advised Stacey’s mom to do nothing – that natural consequences of her action would teach Stacey to do a better job in the future.

My advice, on the other hand, was to remind the group about the three elements of motivation: autonomy, mastery, and relatedness. Specifically, I thought that Stacey would need a good dose of mastery – but how is this done?

Why Do Many Kids Suffer From Low Self-Esteem?

Stacey isn’t alone. Many kids suffer from low self-esteem problems, and what’s worse is that well-meaning parents have actually contributed to this self-esteem plague.

Earlier in the 1970’s, psychologists noticed a trend with young people. After the free-love 1960’s and the tumult of the Vietnam war, 1970’s kids seemed to be confused and apathetic about their futures. The answer, psychologists thought, was to create a sense of positive well-being by complimenting kids for their everyday efforts, which was supposed to instill in them a feeling that they were good people and their actions were appreciated by those around them.

Thus, the every-kid-gets-a-trophy phenomenon was born.

Flash forward several decades, and now researchers are seeing the negative consequences of over-praising. In addition to praising our kids for nothing, many Modern Parents are also extremely involved in our kids’ extra-curricular activities, which also contributes to the self-esteem crisis.

Because we live in a culture that stresses the importance of building the “perfect” college resume beginning in early childhood (sometimes as early as elementary school!), many kids are pushed into dance classes, sports teams, and music lessons that they don’t enjoy. Our kids no longer experience free time where they can leisurely pursue childlike interests (that later sometimes develop into successful adult careers) at their own pace.

This stress on organized activities serves to emphasize the notion that our kids should only spend time on activities when there is a goal surrounding their pursuit. As such, our kids feel pressure to perform well in these activities – whether it is getting the highest score on the AP Chemistry test or being put on the starting lineup on their sports team.

Many of our Modern Kids just don’t know how to pursue passions and interests just for the fun of it. This is a sad thing because tinkering around with a quirky interest gives kids the opportunity to:

Don’t get me wrong, many kids thrive when put into organized activities. They enjoy the recognition and challenge that comes with it – and this is a good thing when it serves to help the child develop. It’s just that there are other kids that struggle with the structure and expectations that school and extracurricular activities often entail, and this is where self-esteem issues take root.

So…..how do we help these kids?

The Domino Effect of Pursuing Hobbies

Kids with low-self esteem have a continuing mantra in their heads that tells them that they aren’t good enough, they will fail at anything they start, and/or everyone around them expects them to fail.

In order to change this destructive mantra, our kids need to see for themselves that they are competent in life. An easy way to help your child with this realization is to let them pursue a hobby just for the fun of it. Encourage them to spend some of their free time on their hobby – but DON’T put any pressure on them or micromanage them while they are spending time with their hobby.

This might take some time, but the important thing is for them to choose something that they are interested in, let them leisurely play around with the hobby, and then watch them learn that they are actually good at something.

The magic of starting slow and easy when encouraging your child to take up a hobby is that:

So it might seem like spending time on a simple hobby like cooking, sewing, or dancing is a waste of time – it’s not something they could ever put on a college application – but it is the starting point for so many kids in gaining some much needed confidence to try important things such as studying for a big test, giving a presentation in front of a class, or applying for their first job.

So, the parent that I told you about in the beginning of this article tried the advice that I gave her that day. She went home and thought hard about a small hobby she could encourage her child to spend time on. After a while, it finally dawned on her that Stacey seemed to gravitate to her Sister’s horses when they visited. She asked Stacey if she would like to sign up for riding lessons – no pressure. Stacey could even quit anytime if she didn’t like it.

Flash forward several months, and Stacey really connected with the riding lessons. So much so, that she increased the time she spent at the stables and she got a job helping her aunt take care of her horse and stable.

In addition, Stacey’s grades increased and, in her mother’s own words, Stacey seemed to have a much calmer attitude.

Stacey’s mother shared with the group that it seemed easier for her daughter to try new things, but sometimes she still struggled. When this happened, Stacey’s mom backed off with pressuring Stacey (this gave Stacey autonomy which is also very important) and let Stacey figure out how to proceed.

Stacey’s mom also reportedly found a technique to help encourage Stacey when she had doubts. She simply reminded Stacey that she didn’t have to be the best at a certain activity (for example, a math test), but she should at least give it a good try. The confidence boost that she got from the other aspects in her life that were working so well seemed to give Stacey the necessary ability to tolerate trying things that she didn’t like because she knew it was for the best.

When encouraging your child to pursue a hobby or interest in order to build their confidence, keep these points in mind:

Got more questions about how to encourage your child’s confidence through hobbies? Send me a question and I may answer it in a future video blog! Click HERE or email me at DrBeccaB@ParentingTheModernFamily.com

How Smart Modern Parents Make The Holidays Special For Their Families
Fundamentals of Achieving Mastery
Why Your Child Craves Sweets When They’re Using Their Willpower Muscle (And What To Feed Them Instea...
Hip, Hip, Hooray For Summertime Boredom
Common Problems With Motivation In Kids AND Their Solutions

[VideoBlog] Stop Arguing With Your Child
Hip, Hip, Hooray For Summertime Boredom
How To Make Family New Year's Resolutions
Four Signs Your Teen Is Avoiding Adulthood
Rule #1: Do What Works For Your Family
Share This