Low Frustration Tolerance: The #1 Reason Behind The Daily Homework Battles 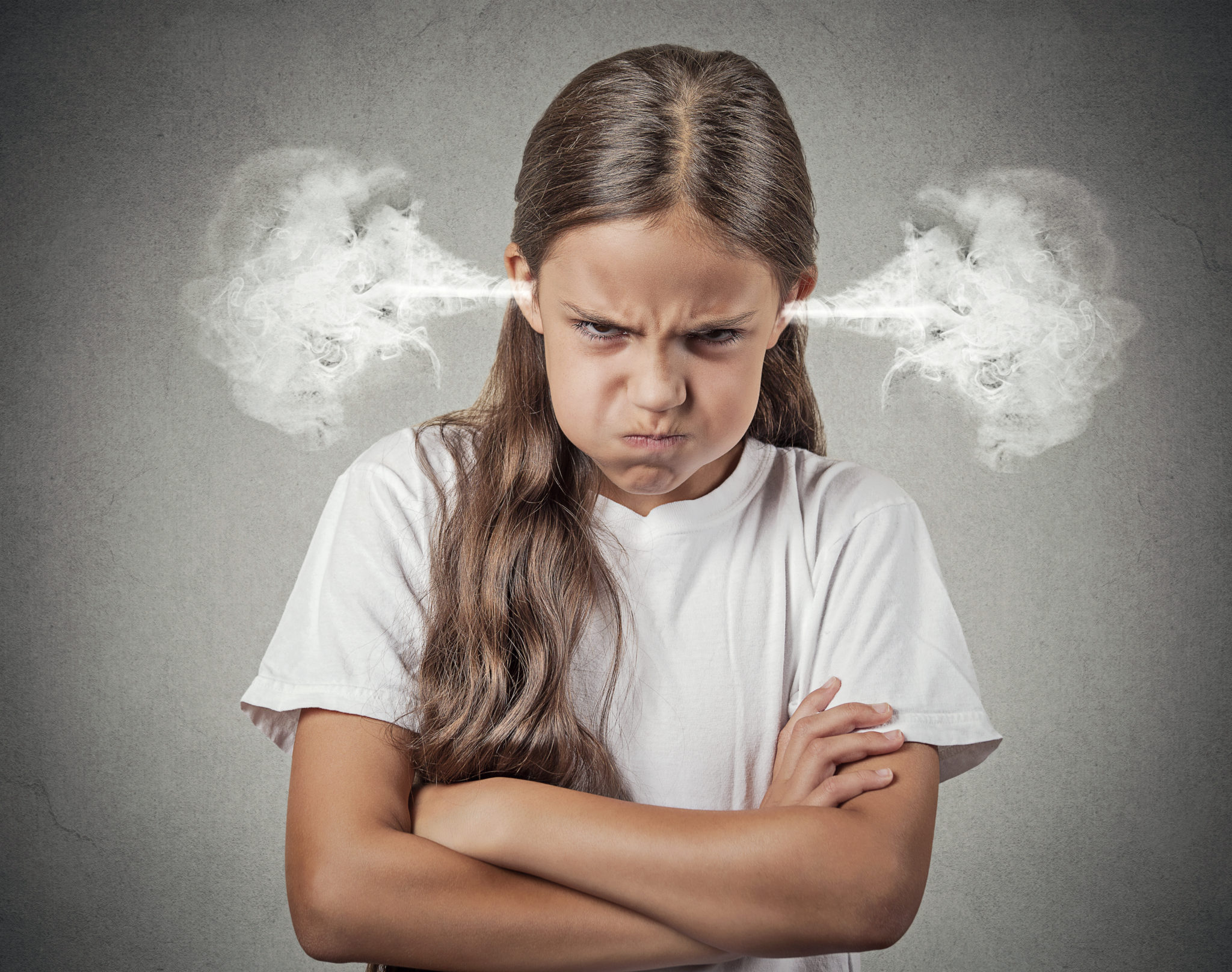 Tired of homework time at your house dragging on FOREVER?Do you sometimes think to yourself, “If my child would just stop complaining and get down to business, he/she would get their homework done a whole heck of a lot faster”?

Many kids have difficulty completing their homework or chores in a timely manner. Most of the time, they waste time by:

Many of these kids that I come into contact with in my role as a child psychologist struggle with an issue called Low Frustration Tolerance (LFT). This is when some kids (and some adults) want to give up on tasks way too easily when they begin to feel even remotely frustrated about the type, amount, and time involved in completing the task at hand.

The good news is that LFT kids CAN learn to grow their frustration tolerance muscle and begin to use persistence and grit to finish their homework and chores effectively.

But before I give you the 4 steps on how to teach your child to have more patience with their work, let me explain the science behind LFT.

The Science Behind Low Frustration Tolerance

In the 1950’s, psychologist Albert Ellis started to become disenfranchised with the therapeutic method that Freud popularized called psychoanalysis. He (and several of his colleagues) thought that psychoanalysis relied too heavily on unconscious desires and motivations – he believed that individuals had more to do with their own self-defeating behaviors than most psychologists currently believed.

An example of this striking difference can be seen in two of the clients that he described in his book Ask Albert Ellis: Straight Answers and Sound Advice from America’s Best-Known Psychologist.One male client of his came into his office with big plans to start a business, only to give up at the first little problem because he told himself, “I’m just not smart enough to run my own business.”

In contrast, a different client of his was also starting a business at around the same time as the first client – but this client was able persist in the face of setbacks. This client seemed to use a more effective thought process when his setbacks arose. When a problem came up, this client told himself, “I’ve solved problems similar to this before, and I can solve this one too,” or “This problem too shall pass.”

Albert Ellis coined the term Low Frustration Tolerance (LFT) to describe the irrational belief that made the first client give up so easily on his dream of owning a business.

Essentially, LFT occurs when individuals believe that frustration is so unbearable that it must be avoided at all costs.If adults can fall prey to LFT and give up on the passions and goals that could lead to a much better life, just think about how this problem affects our kids!

So, kids don’t struggle with starting businesses like Albert Ellis’ client did, but they do struggle with tasks such as finishing homework, completing household chores, and following a daily routine.Kids with LFT tend to have poor emotional control, a lack of problem-solving skills, poor communication habits, and poor cognitive abilities.

Oftentimes, these deficits lead LFT kids to lightening-quick negative reactions when things don’t go their way.Some key characteristics of a LFT child include the following:

Now that I’ve explained what LFT is and how it affects your child, let me give you the 4 steps on how to increase your child’s ability to tolerate frustration so that they can get down to business and get their tasks done – without a lot of complaining and wasting time.

How To Build Your Child’s “Frustration Muscle”

So just like regular exercise and healthy eating takes some time to transform a frail and weak individual into a strong and buff bodybuilder, it’s also going to take some time putting the following 4 steps into practice before you will see some positive changes in your child – but you WILL see those changes!

Don’t shy away from allowing your child to experience frustration – just make sure that the frustration that you expose your child to is just SLIGHTLY more than they are naturally able to tolerate at each exposure.For example, think of increasing the stamina of the “frustration muscle” just like increasing a bodybuilder’s ability for lifting a 100 lb. dumbbell. The bodybuilder cannot go from lifting a 50 lb. weight one day and then lifting the 100 lb. weight the next day – there is a progression of building their muscles in order for their body to be able to tolerate the 100 lb. weight.The same principle is true for your child.

If you don’t already know your child’s LFT triggers, then observe your child for about a week and try to figure out what makes your child tend to give up on their task.Could it be:

Knowing your child’s triggers is important because you can help your child overcome these obstacles and learn to tolerate frustration longer (more on that in step 4).

Sometimes it’s hard in the moment, but when your child is in the process of giving up on a task, try to ask them what is going on in their minds. Ask them, “What are you thinking right now?” Be very calm (if your child feels like you are judging them, they are likely to shut down).Your child might tell you things like:

I like to challenge kids to tell me 2 or 3 things that they are thinking. You might be surprised at what you hear from your child. This is really good information for you to use in step 4.

This is the take action step. Now that you are armed with information on what is causing your child’s frustration, you can now help your child address those issues.

For example, if one of your child’s triggers is that they can’t tolerate difficult math homework, problem-solve with your child (if they are old enough) what could help them feel more confident with their math. Present them with options (we oftentimes assume that our kids know all the options, but most of the time they don’t – that’s why they are struggling).

A couple of options for this example might be 1) hire a tutor, 2) sign up for the after-school math homework club, or 3) allow an older sibling to review the lesson with your child before they begin their math homework. Be creative! You know your child and your family the best, so it’s ok tailor the solution to fit your child’s individual needs.

If your child struggles with self-limiting beliefs such as “I’m not good at reading” or “Everyone else is better at math than me,” then begin assisting your child with positive thoughts. For example, if you have identified that your child gets frustrated with their math homework, remind them that they worked really hard the previous week and they were rewarded with good grades on their homework.

LFT kids who struggle with getting their work done efficiently aren’t dumb or lazy – they just need to learn how to tolerate frustration like their HFT peers. The good news is that this is a learned skill and, over time, you can teach your child how to handle their uncomfortable feeling of frustration and complete their homework and chores efficiently and effectively.

The important thing to remember when helping an LFT child build up their frustration muscle is that it will take time and consistency on your part. Follow each of the 4 steps that I’ve identified above and your should see some progress in your child in no time.

Hip, Hip, Hooray For Summertime Boredom
[VIDEOBLOG] How To Handle End-of-School-Year Anxiety
5 Steps To Follow To Help Your Family Go From Good To Great
How I conquered Graduate School as a New Single Mom
Find More Fulfillment In Your Parenting By Making These 4 Simple Tweaks To Your Day
Share This