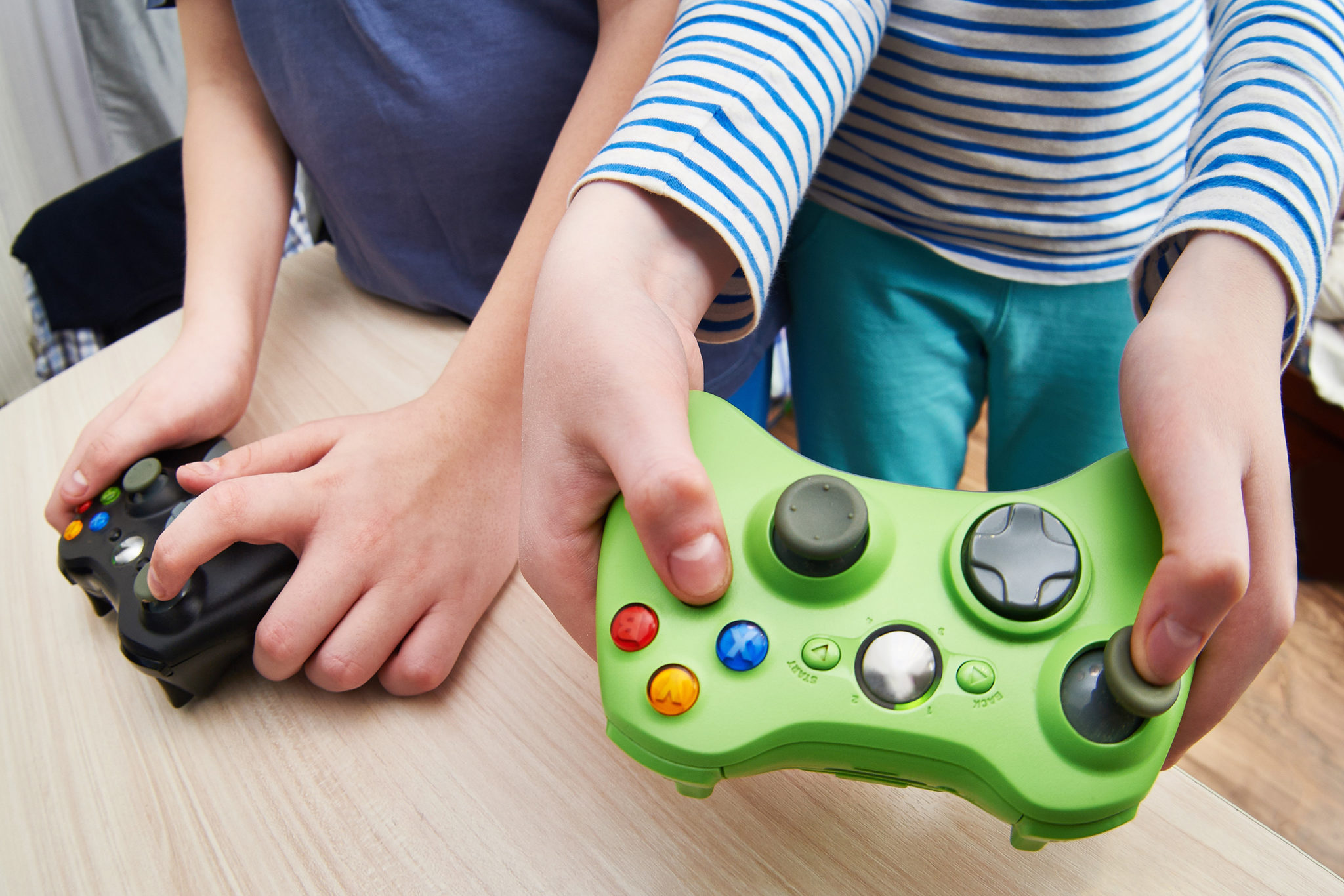 New research that was just published this month in the journal Social Psychiatry and Psychiatric Epidemiology by the Columbia University’s Mailman School of Public Health reports that some time spent playing video games not only isn’t harmful, but can actually have some profound benefits for our kids.

As a mom to a teenage son myself, this report left me feeling a little vindicated that I haven’t actually been a bad mom all these years by allowing a PS4 and other hand-held gaming consoles into my son’s life.

Gaming has been around for several generations now (many of today’s parents who grew up playing video games as kids are still gaming on a regular basis as adults) and video games themselves have transformed from from games with very basic graphics and strategies to huge productions with cinematic-quality effects and story lines that also includes multiplayer strategic play. Basically, as gaming has evolved, apparently we have been able to integrate this leisure activity into our lives in a positive and adaptive way.

In this article, I want to highlight the important findings of this new report for you so that you can make the best decision for your family about how much (if any) video game playing is appropriate in your family. Next, I want to give you some tips on how to set limits with gaming, so that you are prepared to create and maintain family rules and guidelines that makes sense for your family.

What The Findings In This Research Mean To Your Modern Family

Background of the article. The findings in this research article were based on surveying 3,195 European children, parents, and teachers regarding gaming habits, academic achievement, and behavioral and mental health functioning. This large survey took place in 2010. The results of this survey was published this month in the Social Psychiatry and Psychiatric Epidemiology Journal.

Why the positive findings? I think it has been assumed that the kids that were participating in large amounts of gaming time were kids from poor families without adequate supervision or “neglected” kids from busy, high-income families. But this eye-opening new research shows us that a lot of kids are regularly playing video games everyday in normal, middle-class families. I think it’s all too easy for parents (me included) to forget how much time our kids are actually logging on their PS4’s, Gameboys, and iPads.

I wonder if another reason these researchers found positive results is that gaming has become more “mainstream” and kids aren’t considered “weird” or “losers” anymore if they play video games on a regular basis. Many of my child clients tell me that they often play video games with their parents and siblings, making gaming less shameful in the eyes of parents. Additionally, many of the doctoral students that I work with at my University report gaming as a way to cope with the stress of graduate school.

It seems that more and more kids, parents, and successful young adults are finding ways to integrate gaming into normal, everyday life. Gaming has become just one of many possible choices to do during leisure time.

Gaming and social skills? Another point that I took away from this article (although this point was only touched on briefly in the actual article) is the fact that the “high usage” kids seemed to have fewer social difficulties is because modern video games are increasingly more interactive and social – and our kids aren’t necessarily playing with strangers anymore.

More and more kids that I talk to tell me that they’re playing these multiplayer games with their peers from school or family members like cousins or half-siblings.

I’ve even had kids tell me that they’ve been able to maintain friendships with friends who moved away – or even with parents or half-siblings that they only see part time – through regular gaming sessions.

Previous research has pointed out that video games with a multiplayer component promote skills that encourage kids to work together harmoniously in order to achieve a common goal. I think this new research article highlights this fact as well. Kids are learning how to strategize, communicate a strategy, and work together in the online world, and these skills are then translating to the real world as well.

One thing the research did not touch on. One thing that this article did not look at was whether or not the type of video game played by the child made a difference. For example, there is previous research showing a link between violent video games and aggression in kids. This survey did not report on whether or not they asked the families if these games were violent or not, so as Modern Parents we need to monitor not only the amount of time our kids spend gaming, but also the content in the games themselves.

Now, in no way am I advocating for 24/7 gaming for our kids, even in light of these new positive findings. What I am saying is that for families that choose to allow video games in the household, Modern Parents still need to create rules and standards regarding the activity and consequences if these rules and standards are broken.

Currently, the  American Academy of Pediatrics (AAP) recommends no more than 2 hours of screen time (tv, ipad, video games, computers, etc.) per day for children, and I think that this guideline makes sense; however, there is emerging evidence that suggests that not all screen time is equal.

New findings suggest that there is a difference between tv viewing and computer and video game use. More specifically, these child development experts are noting that there is more cognitive and physiological activity when kids use the computer or video games (active screen time) than when they indifferently sit back and watch tv (passive screen time).

Their preliminary conclusions are that there appears to be a hierarchy of screen time activities and that future recommendations regarding screen time might need to be more specific in terms of time spent on different types of screen time.

What does this mean to you and your family? I think that there is more and more evidence that there is little benefit to watching tv, except for the fact that it provides an appropriate family “downtime” activity (families can’t be active 24/7). This activity should really be kept at a minimum.

However, there are more benefits to computer use and gaming, so these activities can be allowed more time – with parental supervision of course.

What You Need To Know About Setting Limits With Video Games

Below I describe the guidelines that I recommend to all of my private clients – I also follow these guidelines for my own family as well.

This new study allows Modern Parents to relax a little bit when it comes to allowing our kids to play video games, but it also serves as a reminder that we still need to be mindful of family rules regarding gaming.

Playing video games on the computer or through a handheld or home game console provides more social, cognitive, and physiological benefits than passively watching television, so allowing more time for gaming (rather than tv) might make sense for your family.

If you do decide to allow gaming in your family, make sure you create family rules and guidelines surrounding its use and always consistently follow through with consequences if these rules are broken. When Modern Parents take the time to carefully think through how gaming wisely fits into their family, then gaming can become one of many leisure activity options that does not harm your child.

Are You Being Your Child’s Parent...or Their Roommate?
Surviving (and Thriving!) the First Year as a Single Parent After Divorce: Six Common Challenges and...
Parent Alert! 7 Of The 10 Deadliest Driving Days Occur In The Summer!
How To Improve Your Relationship With Your Child This Summer, Even If You Think You Don't Have The T...
Improve Your Child’s Behavior By Acknowledging (And Changing) Your Parental Double Standard(s)

← Reducing Your Child’s Anxiety The Smart Way: 4 Simple Steps That Really Work [VIDEOBLOG] My Personal Guidelines For Gaming In My Modern Family →