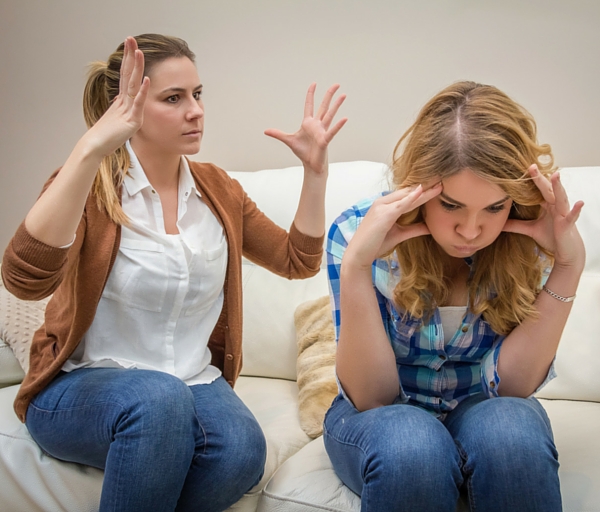 There seems to be a theme going on in the therapy room this week with the clients that I’ve seen. More specifically, the theme seems to be with the parents – not the kids.A

s a child psychologist, I see many kids and families each week for a variety of reasons, but the goal is always the same – to improve the family. Over the past week, it just so happens that I needed to schedule several parent sessions because it seemed like some of the kids I’ve been working with over the past several months were making progress – but then that progress stalled.I needed to figure out why this was happening.

When I sat down with each of these families during their sessions over the past week, I asked for their ideas on what was happening. These parents gave me their theories – everything from the fact that their kid is lazy and uncaring (Yes! Some parents actually tell me that!) to blaming the lack of progress on the stress of the end of the school year – but I didn’t quite buy these excuses.

What could it be then?Finally, I figured out that several of these parents were actually hindering their child’s progress in therapy without even realizing it. These parents had developed a parental double standard and, as a result, their kids stopped taking the the family rules seriously.

See the case example below for an explanation and then continue on to the end of the article to find out how to eliminating a double standard from your parenting.

Case Study – Could This Be YOU?

Peter is a 14-year-old boy that I’ve been seeing in therapy for the past several months for some pretty severe behavioral problems. His parents made an appointment with me for outpatient therapy after Peter had spent about a week in the inpatient unit due to destruction of property and threats to hurt himself and family members.

Peter, his parents, and I all decided that the initial goals for therapy would be to help Peter gain better control over his anger and impulsive actions, as well as to process some past trauma. A prerequisite for working with both young kids and teenagers is to also partner with the child’s parents to develop a realistic behavior plan that all caregivers consistently agree to follow.

Above all, the behavior plan must be followed consistently.

As I stated in the introduction, this teenager was making progress by having far fewer arguments with his parents and using the coping skills he learned in our sessions instead of destroying property or physically fighting with others; however, over the past 2 weeks, Peter began having more and more fights with his parents. In addition, he also reported making impulsive decisions again that he knew would result in earning a consequence.For example,

Peter told me of an incident that happened over the past week where he thought it would be funny to dress up in his costume from Halloween (some kind of scary monster) and hide around the house to scare his siblings and mom. Peter even asked his Dad if he could do this, although Dad told him ‘No’. Well, Peter decided in the heat of the moment that getting the consequence was worth it, and followed through with his plan which ended up scaring his poor Mom.

When I asked Peter why he followed through with the misbehavior even after getting a ‘No’ from his dad and knowing full well he would earn a consequence, Peter simply stated, “Because I felt like it.”Interesting.

During the parent session (when Peter was not in the room), I asked Peter’s parents to tell me in their own words what happened during the last argument that they had with Peter.

Peter’s Dad decided to tell me about it since it involved him. Dad had asked Peter to do some yard work and when the yard work wasn’t done completely, Dad brought Peter back to the yard to explain what still needed to be done.As you can imagine, Peter felt like he had completed the task and that Dad was just being picky. According to Dad, Peter made some pretty disrespectful remarks to Dad which resulted in Dad’s anger going from 0-100 almost immediately. In addition, Dad reminded Peter that if he has said those disrespectful remarks to his own Father, then he would be “bleeding in a ditch right now” but chose not to be that kind of father to Peter. Peter didn’t seem to care.

And this set Dad’s anger off even more – and Dad continued getting in his teenager’s face and escalated the argument. When I asked Dad why he didn’t follow the behavior plan for administering the consequence for disrespectful behavior and then disengaging, Dad, at first, didn’t seem to want to tell me.

I asked him again why he abandoned the behavior plan in the heat of the moment, Dad owned up to the following explanation, “In the moment I knew I should calm down and follow the plan, but I’m the Dad – If I feel like I want to tell my kid how angry I am, I should be able to do that.”Bam.

A parenting double standard is when the parents believe that the kids should follow the rules (simply because they’re kids), but he parents don’t have to. Let me tell you this: Do as I say, not as I do just doesn’t work.

How To Change YOUR Behavior So Your Child Changes Theirs

As you can see from the case study above, actions DO speak louder than words. If we want our kids to take us seriously, we need to make sure we’re modeling the behavior that we want to see from our kids.

The first step in assessing whether or not you have a parenting double standard is to identify a behavior in your child that you think should change. For example, maybe you feel like your child backtalks too much or doesn’t clean up after themselves enough.

Next, think through how you handle these situations – how do you react to people when they tell you things you don’t like to hear? Do you tend to backtalk or make snarky comments? Even if it is behind their back.

If you want to target your child’s messy behavior, then also examine your own behavior. Do you tend to take your dirty dishes to the kitchen as soon as you are done with them, or are you allowed to set them on the table for as long as you want simply because you’re the parent?

The final step in eliminating parenting double standards that encourage positive changes in your child’s behavior is to change your behavior once you have identified the double standard. Furthermore, make a point to announce this change in your own behavior to your child.

For example, if you normally leave your dinner plate on the table for someone else to pick up when the meal is over, make a point to say, “I know I usually wait for someone else to take my plate to the kitchen, but I really need to follow my own rules and do it myself.”This will show your child that your rules and guidelines are meaningful and everyone in the house should follow them.

Modern Parenting Lesson (Plus Homework for YOU)

Parenting double standards – or when parents don’t follow their own rules, but still expect the kids to follow them – never works because this communicates to the child that your rules are meant to be broken.

Do yourself a favor and only make rules for your household that you intend on following – and make sure you consistently follow those rules even when you don’t feel like it. Remember that parenting is a marathon and not a sprint. The time that you put into consistently parenting will pay off for you in the long run when your kids act out less because they know that your rules are meant to be followed.

Common Problems With Motivation In Kids AND Their Solutions
Free Emotion Cards
5 Immaterial Christmas Gifts That Instill Self-Esteem, Self-Reliance, and Competence
What Do Modern Parents Fear The Most?
How To Help Your Academically Struggling Child End The School Year on a Positive Note

← Low Frustration Tolerance: The #1 Reason Behind The Daily Homework Battles The 5 Steps To Getting Your Child’s Behavior Back on Track →

How to Use The Summer Break to Change Your Child’s Annoying or Bad Behavior
How To Have Difficult Conversations With Your Teen So That You Get Your Point Across And Create a Cl...
Circling The Wagons: Shutting Out The Rest Of The World To Prioritize Your Family During A Crisis
7 Mindshifts You Need To Make Today If You Are Parenting A Difficult Adolescent
How To Predict Your Child’s Future
Share This